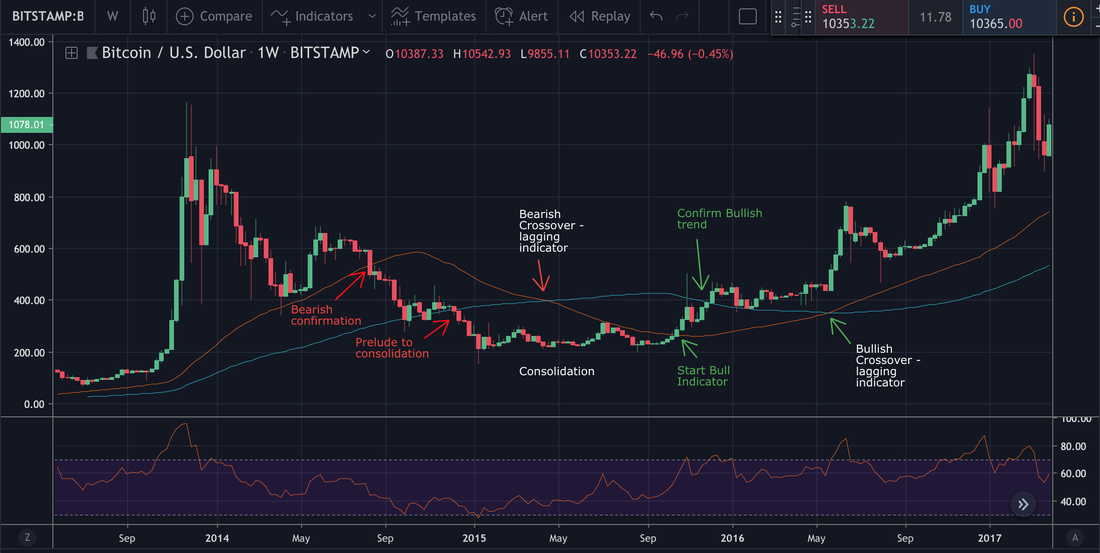 Bitcoin's All-time High in 2017 and the Current Bull Run 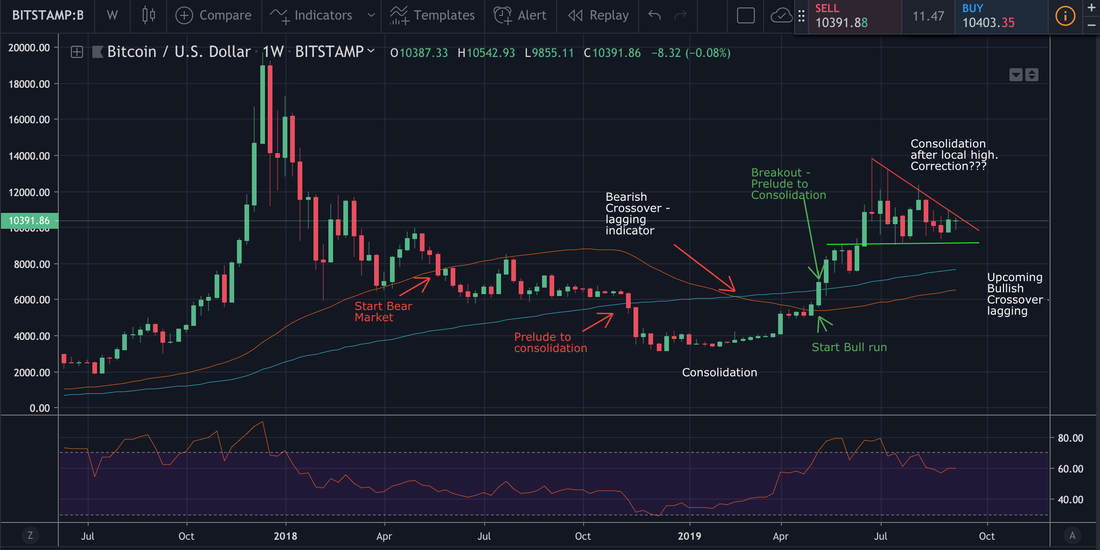 Why bother with an analysis of Bitcoin?

I thought of this because there is a lot of greed, as well as gloom and doom, in the news.  Numerous articles and opinions that pontificate upon the daily and short-term moves.  For me, it was valuable to take a step back and look at the bigger picture and long-term trends using the 50-week and 100-week moving averages.

I have compared the current performance of Bitcoin with the last multi-year run, from its all-time high (ATH) in 2013 to the next in 2017.  Let's be clear, I’m not suggesting that BTC-USD will go up 15x from last ATH.  The law of large numbers may cap the upside.  So, then, what does this long-term view teach us?

Some trends are apparent:
Why?  Since, the number of players has increased substantially, it doesn’t take as long to make comparable moves up.  However, declines are still comparable in both time and %.  It is notable that during this rally BTC has crossed the 50 WMA, 100 WMA, and had a local high and a correction, which may not yet be complete.

The bearish and bullish crossover (of the 50 WMA and 100WMA) are lagging indicators, in that they reflect what has already happened.  Therefore, they are not terribly useful to anticipate what may happen, except they are psychological indicators that maybe used by speculators and technical traders as a reason to jump in.  That may have been the reason behind the sudden boost to Bitcoin back in May, 2016.

At the current feverish pace a lot has happened - the move from 50-week to 100-week moving average took only 7 days, while the last time it took 49.  The local high (a 4x appreciation in BTC-USD price) during the last rally took 238 days after hitting the bottom.  This time, Bitcoin went up 3.5x in just 25 days!

This is not a prediction, as what happened last time is not guaranteed to repeat itself.  It was informative and educational, though, to study the performance of Bitcoin (weekly charts) and glean some strategic approaches to investing (and not trading).

View:
A look at long-term trends suggest that the long-term uptrend should continue.  Does that mean that the correction during the local high is complete?  No, it does not.  However, considering the declines/corrections have largely been comparable, even if BTC-USD were to decline again it may not be substantial (barring some big news event). Downside should be limited to between $9,100 and $8,000, if there is a breakdown from the consolidation after the recent local high.  The upside is substantial, as long as one takes a long-term view.